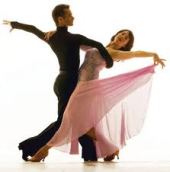 “We’ve been very serious lately,” Precilla remarks, “we should get something to laugh about for a change. Not like at the president or the politics; something we all find funny. What about a dance?”

Precilla used to enjoy dancing when she was a student. She remembers the garage-parties, the crinkle-paper against the walls and the tape deck playing the BeeGee’s, Cilla Black and Tom Jones. Those  evenings always started with wild dancing, but when it was time for The Last Waltz, romance usually filled the air as they tried to three-step without crushing each other’s toes. Those were good evenings; filled with soft whispers and stolen kisses – so innocent, so naïve.

“No man, I can’t dance.” Kleinpiet wrinkles his nose. “I tried it once and almost killed the girl. We danced too close to the window, see?”

“There’s nothing to it, Kleinpiet. You either go one-two-three or one-two-three-four. Unless you do a tango, then you’ve got to count to five.” Servaas knocks the ashes from his pipe into the ashtray.  “I used to do a bit of ballroom dancing when I was younger. Turned out I had a natural feeling for tempo and rhythm.” Lighting his pipe, he speaks past the stem, “I’ll teach you.”

“Good, it’s settled, then. Boggel,” she calls the small man from below the counter, “we’re having a dance here on Saturday night. I’ll bring the gramophone and the 78’s, and you can maybe hang a few lanterns from the rafters. It’ll be fun, you’ll see.”

For the rest of the week, Oudoom watches with growing concern as Servaas – the elder in his church – waltzes Kleinpiet up and down Voortrekker Weg. The two men seem to argue most of time, accentuated by the occasional howl from Servaas when Kleinpiet crushes yet another toe. He’ll have to talk to them – such behaviour takes brotherly love a step too far.

By Saturday evening, Boggel’s Place is filled with people from far and wide. The news of Precilla’s dance has spread like a wildfire – people are even bringing their own chairs and spreading blankets on the road in front of the bar. Boggel had to get the Platnees family to help serve the crowd. Sammie saw what was happening, and brought a few boxes of chips over from his shop.

When the music starts, everybody crowds around the veranda, which serves as a dance floor. Precilla has Daar doer in die Bosveld on, so Servaas leans over to Kleinpiet. “It’s a one-two-three, that one. Go for it!.”

Kleinpiet, dressed in his Sunday best, bows low before Precilla, and holds out his hand. The crowd watches as she does a little curtsy, takes his hand and leads him to the middle of the floor. Kleinpiet takes a deep breath, holds out his arm like Servaas taught him, and tekes the first step. With Precilla firmly in his grip, he moves his feet to the rhythm of the waltz, propelling an extremely uncomfortable Precilla to and fro across the small dance floor. Even Vetfaan is amazed and joins in the applause when Precilla attempts a forced little pirouette in time with Kleinpiet’s awkward footing.

Apparently it was the applause that did it. Gertruida says men are like that: you must be careful not to encourage them too much. In wars, they tend to be overly adventurous, and get shot. Mountaineers will attempt the impossible, with lethal results. Pilots try one loop too many, while bikers end up in traction. It’s the same with dancing, she says.

Kleinpiet, obviously enjoying being the envy of the town, now picks up the tempo. Servaas says the one-two-three got thrown out of the window for a completely new numerical sequence. Precilla tries to keep up for a while, but gives up eventually. Kleinpiet keeps on moving faster and faster, swirling her around at dizzying speeds. He does a bit of Kossak, folding his arms as he Nuriyevs his way past the onlookers, before sweeping Precilla up for the next few steps.

The outcome is inevitable. The veranda is only so wide. Gertruida is right when she says you have a limited number of chances when it comes to fooling fate.  When the two of them tumble from the veranda, people simply nod at each other: they knew it was coming… The applause is overwhelming.

Fortunately for Precilla, she landed on top of Kleinpiet, so she suffered very little damage. Rolbos’ Fred Astaire, however, sprained an ankle and bruised his ego. For the rest of the evening he has to sit with the injured limb elevated on a chair, while Servaas and Precilla entertain the crowd with polkas and waltzes and fancy two-steps.

It is Gertruida who eventually walks over to Boggel to ask him for a dance.

“At least you won’t steer me off the dance floor,” she laughed, “you’ll keep a good eye on the edge.” She right, of course: Boggel, bent as he is, will watch their feet while she steers him around the floor.

Alone in her corner, Hybie watches as the people all gather on the stoep to interpret the music in ways no composer ever dreamed about. When Boggel announces the last round, she shuffles off to her cottage next to Boggel’s Place to fetch Egbert’s old wheelchair.

And so, with her wheeling the smiling Kleinpiet around, Kleinpiet at last waltzed the perfect waltz, not stepping on any toes along the way. He did, however, almost manage to spoil the moment by singing along.

Gertruida begged the crowd not to applaud this time – there’s no telling what Kleinpiet would do if they did. Hybie doesn’t mind, though. Egbert couldn’t sing either. But for a few minutes, Hybie was young once more, enjoying the music and losing herself in the perfect three-step she prided herself on in her glamorous days.

“This is such fun, Kleinpiet! I can’t wait for your foot to become better, then I can give you a few lessons. I do think you have potential, you know?”

When Vetfaan sees the frightened look on Kleinpiet’s face, he bursts out laughing. “Don’t look so worried, Kleinpiet. A real dancer has the ability to bring out the passion in his partner. You did it twice, tonight. Before, you created total fear, and now you brought a heavenly smile to Hybie’s lips. For a man to stir up such a spectrum of emotions in his partners, he has to be an expert. And remember, you did the last dance in a wheelchair. That’s quite something.”

Vetfaan shouldn’t have said that. Kleinpiet says he is going to open a dance studio next to Boggel’s Place once he graduates from the Arthur Murray School in Upington. Precilla is stocking up with Plaster of Paris and Gertruida has ordered a DVD that teaches the basics of Karate.

Boggel isn’t worried. He knows that dancing doesn’t simply mean you have to move your feet away from your partner’s menacing boots – it has much more to do with feeling the rhythm of the music in somebody else’s mind. Two people stomping away in perfect harmony can’t step on each other’s toes, after all. He says dancing isn’t new to Rolbos; it may be strange to do it to music, but they’ve perfected the Rolbos-step ages ago…