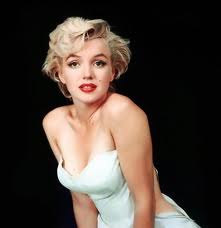 They’re all in Boggel’s Place, discussing the deaths of previous Prime Ministers and Presidents.

“Ja, and Malan was oldish too. Strijdom was a surprise – he had a heart attack at a younger age. And Verwoerd – well, he was murdered. Then Vorster and Botha followed with strokes and stuff. And de Klerk is still going strong, I think.” Servaas has lived through all of them. He’s listened to state funerals on the radio long before Precilla was born. “The funerals are always so terribly sad. I don’t think I want to sit through another one.”

“It’s strange how people always say nice things after somebody died. I mean, if you go through that list of yours, there’d be a great deal you can criticise about what those men did. I don’t want to state the obvious stuff, but there you are. Whenever somebody dies, we clean the slate and then write nice stuff about the deceased. It’s as if we develop a collective amnesia as soon as the coffin gets lowered into the ground. Flags hang at half-mast and radios play sad music.  It still happens today.” Gertruida seems quite pleased with the idea. “It would be much fairer if we could say goodbye to people with an honest report card. It’s a question of remembering the total person, not just his good points. That way, we can have a balanced view of history.”

“Maybe, Gertruida. But that is why there are history books. They tell the whole story, don’t they?” Vetfaan doesn’t like to talk about death and funerals. It scares him (to death!) a little to think about those final few moments before you start floating away into that white tunnel.

“But even that doesn’t work. If you look at our history books in the 1960’s and you compare it to the current syllabus in schools, it seems as if they tell two completely different stories. And it’s not just here in South Africa – it happens in America, China, Germany  … all over the world, in fact. Now, if you had the report card system, people will be able to see what you’ve done and why you’ve done it. It’ll put your life in a certain context, which is much fairer than analysing your actions fifty years later. When people look back at events in the past, they develop 20/20 vision in retrospect, which makes some leaders look like complete fools.  It’d be great in people looked back and saw the past in context. At least we’ll be able to understand history better.”

“It only takes a generation, that’s all. “Servaas drums his fingers on the counter while he waits for a fresh beer. “A single generation. Then the heroes are villains and the villains are heroes. Today the make movies about Al Capone and the godfather – but back then they killed people and they were considered to be criminals. And remember how America mourned  Kennedy? Now they talk about strange lifestyles, girls and drugs. Elvis used to be somebody we looked up to. And we all remember Diana when she was young and cute; now she gets to be remembered for the wrong reasons. It’s such a pity.”

“I hear you, and you’re right. But that means it should work like a court case.” Sersant Dreyer has had a hard time trying to follow the twists and turns in the conversation. “People should tell the judge what they remember about you, and you should get a chance to defend your actions. I mean: normal people don’t go out of their way to purposely do wrong, do they? Oh, I know there are murderers and rapists and such – I’m not talking about them. They do their wrongs under cover, hoping they’d never be found out. But leaders – the politicians, pop stars and other greats of the world: they don’t wake up one morning with an evil grin and an uncontrollable urge to blot their copy books. I think they end up in a position where they make decisions: some of them good, some of them bad. Just like the rest of us. But never, never, would a sane, level-thinking person in public life want to pull the plug on his or her image.”

“That’s the word, Sersant!” Gertruida pats him on the shoulder. “Image! A picture in the mirror of time. I think all historical images are just that: a current depiction of a past reality. And it depends who’s looking at who.” She sees she’s losing them but continues bravely. “Look: no report is ever unbiased. Whenever you tell somebody about something you’ve seen or heard; there’s a subconscious process involved which positions you in a certain way towards the event. In a subtle way you have to judge what you’ve observed before you can tell others about it. You become the mirror, you see? You’re the one who provides the image of the event or person you want others to see. A living person can justify his actions, even if you don’t agree with him – that’s reality. A dead person has to rely on others to reflect his image – that’s why they’ll never stop editing history books. The image keeps on changing too much, because the bias changes all the time.”

When she ends her lecture, she’s met with blank stares.

“But why do we remember some leaders with love and appreciation, and others with scorn?  They all made mistakes, but we only dig it out for some. The others get smoothed over. Churchill is a nice example: he drank way too much, was brash and rude at times – and yet he remains the epitome of a great leader. And Vorster was the man who started talking about détente and negotiations with the ANC – but when you talk about him, people don’t remember that.”

“That’s my point, Servaas. That’s the bias I’m talking about. It isn’t convenient to remember some things. Society has become lazy: we don’t make up our own minds any more. We look at the TV and read the papers, and simply swallow whatever is pushed down our throats. We rely on media to tell us what the image looks like. They tell us what is good and what is bad. And like obedient students, we copy and paste those impressions to make them our own.”

Kleinpiet shakes his head as he finishes his beer. “I thought we were talking about funerals and politicians. You’ve lost me, Gertruida.”

She throws her hands into the air with a suppressed hippo-snort. “Funerals are for the living, Kleinpiet. The dead person doesn’t worry about mundane things any more. He’s appearing before a different Judge with much greater stakes involved. We’re talking about how we judge people, and how often we are wrong, that’s all.”

Boggel turns up the radio as the nine-o’clock news gets read. Madiba, they say, is still in hospital. The government has changed its tune: he’s no longer undergoing tests; he’s being treated for a lung condition.

“Now there’s one man that will be remembered fondly,” Servaas remarks. “At least he doesn’t have to worry about that.”

Gertruida can be very cynical at times. Yes, she thinks, that may be true. People rely heavily on the Madiba image to justify current events and decisions in the country. He’ll leave a legacy unsurpassed in Africa, which is a good thing. But … if his image continues to be used to feed the fires of discontent in the country, future generations may well find fault with his ideals and dreams.  She’s reminded of the famous words of N P van Wyk Louw: Criticism can never harm a hero. He’s got centuries ahead of him, during which his worth will be determined and his honour be restored.

“You’re thinking again, Gertruida,” Vetfaan prods, “you scare me when you do that.”

“Sometimes,” she smiles, “I scare myself.”