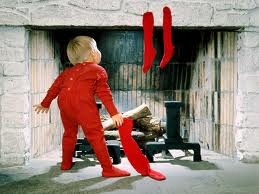 Captain Wooble sits down carefully, making sure his heavy sword does not scratch the delicate armrest of his chair. He is, as usual, dressed in his neat blue uniform, with the gold braid on his shoulders and the many medals on his chest. The knee-high black boots are polished to a high shine, while the ornate golden spurs jingle when he walks.

Mama Wooble smiles at her husband. He must be the most handsome Wooble ever, she thinks, as he runs his hand over the neatly trimmed, pointed beard. Not a single grey hair to suggest his age, she thinks. And not at all as unsightly as the five-day stubble some humans seem to think of as fashionable. No, like a true Wooble, the beard is well tended – or absent.

“It’s a lovely day,” Captain says. (Like all Woobles, he is called by his rank or title. It’s much less confusing than to have a thousand Baraks or Jacobs.) “What’s for breakfast?”

“A special treat for you, Captain.” Mama Wooble lifts the silver lid off the bowl. “A good helping of fresh Kalahari air – I gathered it at dawn – with a sprinkling of calf’s breath. To wash it down, I was fortunate to swap the green sock for the dew drops you like so much – those canned by Atlantic Shore, near Luderitz.”

Captain wanted to say that green sock was one of his favourites, but that would have hurt Mama’s feelings. “Well, it’s wash-day in town; I can always hunt up a new one.” He reaches over to touch her hand before thanking her for the excellent meal.

“Are you off to war again today, Captain?” Mama asks when Captain sits back with a contented sigh.

“Yes. It’s what I do, remember? Can’t teach an old Wooble new tricks now, can you? But I’ll be back at five then we can spend the evening playing with that new woobling toy.”

Of course, Captain Wooble is a brave fighter. His war started in 1589, when the first knitting machines started producing socks. These machines flooded the market with cheap socks, completely inferior to the hand-knitted variety and untouched by human hands. Now, as any Wooble will tell you, socks are the most important piece of clothing in anybody’s wardrobe. Most other pieces of clothing serve merely to make the wearer look more handsome, more alluring or more desirable. Woobles think this is wrong: people try to impress others by wearing seductive or impressive attire. Clothes, they’ll tell you, often lie.

But socks are different. Socks have to be honest to do their work. Fancy hosiery doesn’t last when you have to be on your feet every day. You need socks made from real wool – and knitted with love – to be comfortable under all circumstances.

That’s why Captain Wooble declared war on machine-knitted socks.  Back then he told Mama:

“Now they started knitting socks with machines, you’ll see what happens. Men will go to stores to buy socks – and not get them from their mothers and wives like before. You don’t knit socks for somebody if you don’t love that person, do you? And is it not so that the first thing a man puts on in the morning, is a sock? And if that sock was knitted with love, does it not caress the foot quietly all day long? The care and the love that goes into the knitting of a single sock is enough to remind the wearer of the affection needed to keep his feet warm and dry. It makes them tread carefully – not just on the road, but also in their conversation with others. A man (or a woman) wearing hand-knitted socks can never ignore that love. Bearing in mind every individual wears two socks at a time, it shows you how important it is to have a bit of extra love to share every day.

And that’s when Captain Wooble started leaving the house every day after breakfast, to wage his war against loveless socks. An expert at disguise and extremely fast, he started apprehending loveless socks wherever he found them. He soon realised it’s stupid to steal both socks – he could achieve the same result by only carrying off a single sock at a time. His quest is to bring love back to the feet of the men and women of the world – and by doing so, changing the way people interact with one another.

“You’ll be careful, won’t you, dear?” Mama waves from the porch as he sets off. Back inside, in front of the small hearth, she hums quietly to herself as she picks up the thread and the needles. Captain Wooble, she knows, will be back at five, carrying his bag of loveless socks. They’ll have supper (the colour of the sunset marinated in a soft night breeze) before she’ll continue her knitting. And Captain will be there at her side, painstakingly unravelling the yarn from the socks he got during the day, so she can knit new ones – with love.

Sometimes she thinks Captain has taken on a bigger foe than they both anticipated. But then, as she hears about housewives all over the world complaining about single socks that goes missing, she smiles proudly. One day, people will know why this is happening. One day they’ll all wake up and realise how little love is left in the world. And that day, Captain Wooble will come home to announce his retirement. Until then, she knows, he won’t give up on the dream to make the world a happier place.

She’s just sitting down with her knitting, when she hears the happy little voice calling her. Ah yes, little Nelson! She’ll have to thank him for the woobling toy. It really was most generous of him. Then she’ll finish the sock she’s working on. It’s red and green and yellow and blue – a real Christmas stocking for her little friend. She’ll tell him to hang in from the mantle piece, so his presents can fit in it on Christmas morning. But most of all, she knows, it’s the love that’ll please the boy – the love she used to knit it.

She gives a little wooble of delight when he sits down.

The boy’s face wrinkles in a happy smile as he sits down next to the little pile of rocks. The blue one is the captain. The pink one, the mama. He places them next to the tree trunk, in the shade, where they’ll tell him wonderful stories of a world filled with love. As usual, Mama Wooble will ask him not to tell his parents about Captain’s quest. It’s not their fault, sweetie, Mama will say, but most grown-ups can’t see Woobles any more. It’s the world, you see? They start their days wrong.

But look, she’ll announce proudly, look at the whole pile of Christmas stockings I’ve finished. All over the world they’ll be filled with love in a few days time. It may be for only one day in a year, but it is a start..