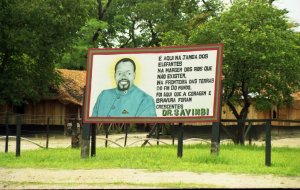 Gertruida waits until everybody has had time to refill their glasses before continuing, To tell a story successfully, she says,  you have to pause at the right moment; and sometimes, after a cliffhanger, simply yawn and and seem surprised at the expectant looks.

“Gert Smit had his hair cut. He was taken to the showers. And then he was locked up again. There was simply no chance to escape.

“He was desperate to get away, but how? With nothing else to do, he sat down in his cell and started re-reading the 75-page Bible. By that time, he knew most of the pages almost by heart, but that night he read the story of Queen Victoria and General de la Rey again.

“Despite the years of rebellion against religion (why did God take away my father even before I was born? You call that the act of a Loving God? Tell me another story…!), he knew enough of the Bible to vaguely connect the story with Samson and Delilah. He smiled at the analogy – old Hieronymus had ‘modernised’ the original Bible text to suit the circumstances he lived in. Maybe, he thought, the old man had a point: instead of reading the Book as a collection of old stories, he lived these stories in his everyday life. His Bible didn’t dwell on the past, but told the story of God in actual, everyday terms.

“Then the guard peeked through the bars of the door to ask him what he was reading. Gert Smit showed him the Book and told him it represented a new way of looking at religion. The guard was curious, asking him to tell more.

Two minutes later the guard sat next to Gert as he read Psalm 23. The guard was intrigued, especially when he heard about the nice guest house in the pasture, where beds are free and the menu included bread-pudding every evening. Gert then read the passage where David shot Goliath with a dum-dum and followed that up with the history of Jonah and the Crocodile.

“At first his idea was to overpower his keeper and escape, but as the evening drew on, he found that he actually enjoyed reading his great-great grandfather’s Bible to the guard. Despite the fact that they laughed at the way the old man twisted the stories to make them relevant to the tribulations he lived through, the underlying message of Love and Redemption was all too obvious to ignore.

“It is difficult to say which of the two had the most profound experience that night. Gert Smit had never been religious – yet sharing the stories in the condensed and slightly warped Bible seemed the most natural thing to do. It was almost as if he felt compelled to do so – he couldn’t stop. The guard, for his part. had never heard of the Bible explained the way old Hieronymus did when he filled the pages with his precise writing on that faraway island more than a century ago.

“That’s when they started asking their own questions.How would you tell the story of David today? Or Daniel? Or Jonah? Or Jericho?

“They ended up having a whole heap of fun. Angola became the paradise; the Cuando River became the Jordan. They smiled as they changed the Tree of Knowledge into the CIA. Jericho fell to a G6 onslaught, The Ten Plagues were the Soviets, the Chinese, the Cubans, several tropical diseases, fear, uncertainty…and death.

“The guard brewed some coffee and they shared a comfortable silence. A strange feeling of camaraderie had developed between the two men that night: they were both soldiers caught up in a war, they prayed to the same God, and they both hoped their countries would be freed of violence. The enemy, they discovered, was an ideology, not a person. They talked about home, about family. And they found out they had more in common than they ever imagined before.

“To cut a long story short: the two of them slipped out of Jamba in the middle of the night. The guard was tired of the war. Gert wanted to go home. And they both realised Hieronymus wasn’t crazy when he wrote that the all governments acted just like the Pharisees. They both wanted freedom, and like so many Israelites before them, they discovered that freedom was a choice.”

As soon as they reached the outskirts of Jamba, the guard said goodbye. His home was in Cunjamba, next to the Cuando River, so he headed towards the north. Gert Smit had no idea which way to go. It was a dark, moonless night and only the Southern Cross gave him an idea where south should be.

But going south? That’s where UNITA would look for him. They’d expect him to head straight for the Caprivi Kaplyn, even though he wasn’t quite sure where that was. (Jamba was, indeed, not far from the border.)

He was pondering his options, when a shooting star drew his attention. It was one of those you only see on dark Africa-nights. It came from the west and streaked across the sky towards the east – a display that lasted several seconds. And it was there, in the darkness and uncertainty, that Gert Smit finally acknowledged that the Lord, indeed, was his shepherd.

Yes! If he walked east, he’d reach the Cuando River as well. The Cuando that became the Kwando in the Caprivi, the Linyati River further south before finally changing its name one last time to be the Chobe River where it joins the Zambezi near Kasane, northern Botswana. It is the river that runs past Fort Doppies, but he’ll worry about that when the time comes. At that moment, putting distance between himself and Jamba was the most important.

It was maybe an hour later that Gert Smit realised he never asked his guard’s name.

And then he remembered how the gates of the jail were opened for Paul and Silas.

And then he wondered whether his guard had been human, after all…

Lettie stood impatiently in front of the captain, who was not at all sure what to do with the rather shapely young lady who arrived unannounced at Fort Doppies. She was a civilian, for goodness’ sakes! She should not even have come near the base, which the army tried to keep as secret as possible. And she’s asking about Gert Smit – demanding answers he was not at liberty to give.

The major was called in to sort out the problem.

Major Gericke was a strict disciplinarian. He ran the camp with an iron hand and was mostly feared by everybody. When he was summonsed to the hut that served as a mini-headquarters, he was fuming. A  mere captain, summonsing him? Bah!

He was ready to explode in his customary fiery fury, when he skidded to a halt.

“Letitia! What the bloody hell are you doing here? Damn it all, girl, you should know better than to come barging in here like this!”

And she smiled sweetly and said: “Hello, Daddy…”, before getting up on tippytoe to kiss his suntanned cheek. “Oooh…you need a shave.”