Daily Prompt: Tell us about a teacher who had a real impact on your life, either for the better or the worse. How is your life different today because of him or her? 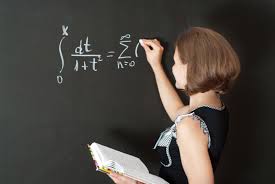 People often shy away from Gertruida because she gives the impression of knowing everything. Add to that her time in National Intelligence, and you end up with a lady with an incredible ability to store and recall facts, but there is something more: she seems to harbour an immense store of secrets – some of which may indeed contain information that should best be kept secret. In a way, that is why she chose to move to Rolbos – far from the maddening crowd and amongst the few friends she can trust.

But, no matter how others sum up this remarkable woman, even the Rolbossers have no idea why she turned out to be the way they know her. They weren’t there in Standard 8 (Grade 10, these days) when her mathematics teacher wanted to educate her beyond the approved curriculum of the day.

Gertruida wasn’t one of the beauties of the school. Most schools have the bevy of ‘in’ girls with rich parents, the branded clothing of the newest fashion and curves that make grown men slobber. Gertruida was a plain girl, slightly above the average in her class and with parents she viewed as losers. Her father worked on the railways and was away most of the time. Her mother had to work in the local OK Bazaars as a cashier to keep the household running. Of course Gertruida dreamt about a better life; a life of comfort, loving parents and…a handsome boyfriend others would be jealous of.

Mister Kromhout taught mathematics. He was a bachelor, a loner, a man with long, oily hair and a set of uneven, discoloured teeth. What his previous romantic life involved, is uncertain – but at the time the other girls gossiped that Mister K (as they called him) had never been, nor would he ever be, successful in that department.

Mister K had a secret. He’d be on the lookout for a struggling girl in his subject, offer extra classes, and then proceed to seduce her. These affairs never reached the public ear at all – secrecy was maintained by bribery. If the young girl threatened to expose him, she’d fail mathematics. With that, her chances of ever enrolling in a university would fade away and her future would be considerably darker and more difficult. So K was careful: he didn’t go for the slower kids – they’d never want to attend an institution of higher learning, anyway. And he’d avoid the clever girls with the rich parents – too risky. No, his aim was directed at the middle of  the class, where the average kid with the poor parents drew his attention. Devious, devilish – he went for the vulnerable girls.

Gertruida thought she had picked up a wrong vibe from the man when he suggested extra classes. Not sure, she asked her mother that night what she thought. The mom suggested Gertruida should discuss the matter with her dad, who was due to be back the next evening. And Gertruida sighed, knowing how her father would be after every stint away from home. He’d flop down in the dusty old easy chair, open a bottle of brandy and disappear into a depressed mood. He never seemed to care about what happened at home. The world, according to him, was a terrible place where the rich had all the privileges and poor buggers like him had to do the work. He once told Gertruida that he would have become a lawyer or maybe even a doctor, but that a lack of funds forced him into the railways, where he felt trapped for the rest of his life.

No, talking to him, wouldn’t help at all.

Mister K was careful. Over a period of weeks he softened Gertruida up by listening to her problems and making sympathetic sounds as the adolescent described her life. He crafted a ‘safe’ place for her to vent her frustration and share her dreams of a better future. For a while, Gertruida even thought how wrong the other kids were to laugh at him behind his back.

And then the day that Mister K waited for, arrived. Gertruida was most upset at her father’s drinking the previous night, when she had heard her parents engaging in one of their ongoing fights about money. Her mother had slapped her dad, who retaliated by flooring his wife with a vicious uppercut. Gertruida had stormed out of her room, hysterically trying to assault her father with a kitchen chair.

Mister K hugged the distraught girl, made her sit on his lap, and told her she was the most beautiful creature God had ever created, This, of course, was music to the young girl and she found herself relaxing against his broad chest. She felt so safe…

But only for a few seconds. Then she felt his hand creeping up her thigh. And then she knew…

She rushed home and collapsed on her bed. Her father found her there and, still ashamed of the previous night’s episode, made her tell him everything.

Four men visited Mister Kromhout that night – her father and three of his railway friends. Later, when the police arrived, they broke up the fight. Mister K, nursing a broken right wrist, several fractured ribs and speaking past the missing teeth, declined to press charges. He was discharged from hospital a week later and immediately requested a transfer to another school.

Gertruida never talks about this, but in her mind she thanks her lucky stars. Mister K had given her the most precious gift any teacher can convey to his students: the ability to consider the unobvious, the talent to discern truth and lies, and the will to become independent. Gertruida flew through the rest of her school years with ease because she started studying with new vigour. She realised that the only way she wouldn’t end up like her parents, would be to use the brilliant mind she had received at birth.

Her father, too, had changed that night they beat up Mister K. It was as if the realisation of Gertruida’s vulnerable future suddenly dawned on him. He stopped blaming the world for his position in life, got a job at the local farmer’s co-op and started studying accounting through the post. When Gertruida left for university, he had risen to the position of manager. Her mother responded to her husband’s new life with so much enthusiasm that she became a prominent motivational speaker.

And, because of the way Gertruida then viewed the motives and actions of other people. she slotted into National Intelligence with perfect ease. She had found her niche.

One may well ask how she views Mister K today? Being her teacher’s petting object had been the most degrading, the worst insult, she had ever lived through. But…she knows that such incidents happen to all people at some stage of their lives. Not that these events all involve a lecherous teacher and an innocent school girl – not at all. These episodes may involve a skipped promotion, an unfair round of gossip, a prejudiced remark or simply a blatant lie involving an individual’s integrity. In short – an unjust. if not wicked, uncalled for action leading to great hardship (and heartache) of the victim.

Gertruida often says it’s how we respond to hardship that make us grow. It’s a choice, she says, to use such times as  a step in the stairway to success and happiness. To conquer evil by stepping over it towards a brighter future isn’t easy, she maintains, but that is the only way. The alternative is the deep, dark pool of depression; a quagmire that traps growth for a long time…if not forever.

Yes, she remembers Mister K. Not fondly, mind you. But still with a degree of gratitude.