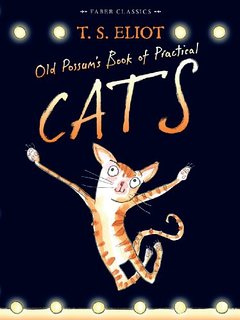 “Funny, isn’t it?” Gertruida, true to her nature, doesn’t elaborate for a while. She wants a response and won’t continue until she gets it.

“Life runs around us in circles, Vetfaan. What goes up, must come down. Today’s losers are tomorrow’s winners. History repeats itself over and over again.” She busies herself with her beer, knowing she’s done enough to pique interest. She gets it with the second “Um…?”

“The world has been oscillating between Radical and Conservative,” she goes on. “Ever since the beginning of time, the real war on earth has been between the aggressors and the pacifists. Then, of course, the pacifists become the aggressors and everything goes up in flames for a while. After a suitable period of time, the pot gets taken from the stove, everything settles down…and then we do it all over again.”

“Depressing, Gertruida. That’s all I can say about that. Talk about something nice for a change.”

Gertruida stares at the ceiling for a full minute before saying anything. “You think life is a musical, Vetfaan? Dancing girls and happy endings? Well, wake up, will you?” Suddenly feeling a bit guilty about her rebuke, she continues in a kinder note. “Have you heard about Firefrorefiddle, the Fiend of the Fell?”

It wasn’t Lloyd Webber who created Gus, the theatre cat, but T.S. Elliot, who described the old cat in  Old Possum’s Book of Practical Cats. Gus, originally called Asparagus, used to be a great actor once. Now, old, decrepit and no longer the darling of the stage, poor Gus is left with the memories of his previous successes.

His best ever performance, he remembers well, was when he played the role of Firefrorefiddle, the Fiend of the Fell. That scoundrel cat broke into every house and stole everything he wanted. He used to be so good, Gus recalls, that he thought he could never be caught.

And he likes to relate his success on the Halls,
Where the Gallery once gave him seven cat-calls.
But his grandest creation, as he loves to tell,
Was Firefrorefiddle, the Fiend of the Fell.

Gus used to have what is called the gift of the gab. He could talk in a way his audience simply couldn’t ignore.

“I have played,” so he says, “every possible part,
And I used to know seventy speeches by heart.
I’d extemporize back-chat, I knew how to gag,
And I knew how to let the cat out of the bag.
I knew how to act with my back and my tail;
With an hour of rehearsal, I never could fail.
I’d a voice that would soften the hardest of hearts,
Whether I took the lead, or in character parts.

Now, his fiery performances are a thing of the past, and Gus – the Theatre Cat – can only dream about his glory days. The younger generation is taking over, something Gus finds a bit unacceptable.

“Well, the Theatre’s certainly not what it was.
These modern productions are all very well,
But there’s nothing to equal, from what I hear tell,
That moment of mystery
When I made history
As Firefrorefiddle, the Fiend of the Fell.”

“That’s much better, Gertruida. I like it when you talk about something different for a change.” Vetfaan winks, sips his beer and then suddenly looks up. “So, what happened to Firefrorefiddle?”

Gertruida smiles – he’s put his foot right in the trap.

“You see, Vetfaan, life has a way of turning the wheel. Firefrorefiddle tried one last daring heist. He  broke into the bank and opened the safe. And then, while he was staring at the stacks of gold that soon would be his, his admiration for his own special abilities made him drop his guard. He didn’t see the security guards approaching. And that was the end of his thieving ways, much to the relief of the people of the Fell.”

“Firefrorefiddle brought about his own downfall? His ego got in the way?”

Vetfaan sighs. He’s been tricked again. Gertruida’s story wasn’t about T.S. Elliot after all. He should have known better.

“Did Eliot really create that story? I mean the one about the bank and the safe?”

Gertruida flashes him a condescending smile. “No, Vetfaan, he only invented Gus. The ending is the South African version by our very own president.”

1 thought on “Our very own Firefrorefiddle, the ultimate Fiend…”

New!!! Near-death experience – the final portal to the ultimate truth?