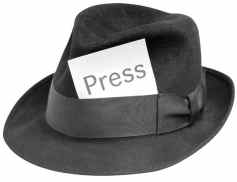 “I have a problem with strange diagnoses.” Gertruida wrinkles her nose – she hates anything she doesn’t understand. ‘Especially when they get bandied around without any substantive proof.”

“Watch out, Gerty, your tendency towards conspiracy theories is on public display again. You just can’t go about proclaiming one urban legend after the other as facts. That, my dear, is called fake news and it should be punishable.”

“Fake news, Vetfaan? What are you talking about? Journalists are favourite targets when people in high places get nervous about who knows what about them, That’s why Stalin set up Kamera, the infamous laboratory responsible for testing poisons on humans. Their mission was simple: to poison enemies of the regime in such a manner that the death seemed due to natural causes. And, over the years, there have been many examples of such assassinations.”

“You’re talking about the Bulgarian Umbrella?”

“Well done, Vetfaan! You’re obviously more than a mere beer drinker in a deserted little town! Yes, the sad case of a pellet fired from the shaft of an umbrella, carrying the poison, resin, to the hapless Georgi Markov, who happened to be an uncomfortably inquisitive writer. He had to be silenced – so he was. But there were others, many others. The Russians seem to be quite adept at getting rid of dissidents, journalists and opponents by using a variety of poisonous substances, ranging from cyanide to radioactive particles and even substances we have no clue about. One that comes to mind right now, is called Heartbreak Grass.”

“Oh, I remember something else.” Vetfaan frowns when he can’t come up with the story immediately, but soon brightens when he recalls the rumour. “In fact, there are two cases I read about. Zuma once claimed to have been poisoned three times, and Premier Mabuza of Mpumalanga accepted a lift on a Gupta plane to Moscow. He claimed that he had been poisoned and that the Russians cured him.  There were whisperings some time back, if I’m not mistaken, of Zuma being treated for poisoning by the Russians, too.”

“Well, all I’m saying is this: we have been so bombarded by bad news lately that we’ve become thick-skinned and almost unwilling to analyse the articles on the front pages of newspapers. I call it the bad-news-saturation-point, or BNSP for short. We also compartmentalise what we hear, because it’s easier. But the time has come, Vetfaan, to be a bit more circumspect. The State Capture Story permeates through the entire system of governance. It involves ESCOM, the railways, the police force, the officials of correctional services, the airways, everything. The Shaiks and the Guptas and the nuclear deals and the arms fiasko – they’re all related and intertwined.

“Why does the parliament keep Zuma in control, Vetfaan?” Gertruida doesn’t wait for him to answer. “Because the pres knows how deep they all are in this thing. He knows who gets money from what source. They can’t fire him, he’ll take them down with him.”

Her point was made.