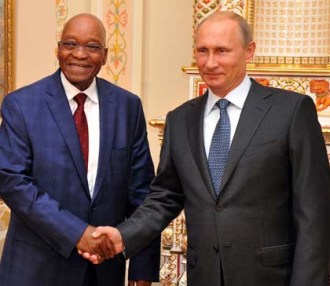 ‘The problem with Gertruida,’ Boggel sighs, ‘is that she’s right all the time. And she understands the great international power-play better than most.’

‘You talking about China again?’ The frown on Vetfaan’s face tells a story. ‘We all know those guys are colonising Africa – and gaining influence all over the show. I mean, Gertruida talks about their so-called ‘investments’ in infrastructure, military and agriculture all the time. And, she says, it’s not because they are a charity organisation – they’re in it for themselves.’

He gets a nod from Boggel, ‘You’re right, of course. Like all clever investors, they want a return on their investments. Like: We’ll build you a road, but we want your diamonds. Or tobacco. Or we want to export a few of our countrymen to live and trade amongst you guys. And then, after a few decades, we’ll have you in our pockets completely..’

‘Ug. We’ve got enough problems as it is, Boggel. Imagine Uncle Jacob combining forces with Beijing…’

‘Well, according to Gertruida, your president is already in bed with both the Russians and the Chinese. This, she says, is both good and bad.’ Boggel lets the statement drift away in silence. Vetfaan – not the most patient of men – has to prompt him to go on. ‘Well, Vetfaan, it’s like this: First off – it’s bad because we’re selling off crown jewels to line our leaders’ pockets. But there is a silver lining…’

‘In recent years two major things have happened almost without anybody saying much about the herd of elephants that brought into the room. You see, the world is moving towards a Mafia-like state. International crime syndicates operate on a global scale – these include religious fanatics, the pirate ships that cruise the oceans, money laundering by respected companies and unholy alliances between politics and economic forces. These, you may know, combine to keep dictators in power while the international community turns a blind eye. Look, for instance, how South Africa and Zuma and the African Union tolerated Mugabe’s antics, his mass-murders and the rigged elections for 30 years. How do you explain that? It’s a game of crooked thrones, my friend.

‘Anyway, there’s another aspect that contributes to our little metaphorical elephant herd: there’s no honour amongst crooks no more. The big boys want their pound of flesh and they want it on time. They’ll give you a bit of money, but they want it – and more – back. The days of free handouts are over – the name of the game now is: I’ll scratch your back, but you’ll return the favour many times, over and over. And if you don’t…’

Vetfaan leans forward with a glint in the eye. ‘Yes? What then?’

‘Well, China showed their hand with Mugabe. Gertruida says there’ll be a ripple-effect, because there’s no way that such a thing happens without it influencing the entire region. Also, the two big powers at play here is in competition with each other. A game of international tag, if you like.’

‘So what will happen? Will China lean on our president?’

‘No, Vetfaan. Gertruida says it is far worse than that. Russia will…’

‘First they woo you. Then they screw you?’

‘True Vetfaan. The guys singing to you, are in uniform. Never forget that.’

2 thoughts on “…and Gertruida was right. Again…”