‘To describe the mindset of the Bothma family back then, you only have to consider what the average farmer feels like today.’ Gertruida makes a vague gesture with her free hand (the other holding a cold one, despite Tannie Zuma’s decrees). ‘Abandoned. Forlorn. Angry. Depressed. Like today’s farmers, they were realists. The war was drawing to a close after more than 11,000 South Africans  –  Black, White and Coloureds – died in battle. We simply do not know how many casualties our forces suffered, nor how many struggled with mental illness afterwards. What is known, is that the Afrikaners were fed up with the Smuts government.

‘Of course CJ and his family didn’t want to return to their previous lives. CJ Snr was incapacitated in the worst possible way, Francina was afraid that the Smuts people would jail her again and little CJ Jnr did not want to leave the village-life they had become accustomed to. When the legendary Peter Stark – the famous White Bushman of South West Africa  – was 15, CJ, too, was learning the intricate culture of the Damaras, the San and the Hereros. He stood with his two feet planted in two cultural kraals – Western and the heady mix of African ways and histories. Lastly, CJ Snr felt embarrassed and guilty about his war wounds – appearing in public would have been just too painful.

‘Still the nightmares continued. One night, after a particularly violent nightmare-storm – this one ending in blood welling up from the ground – Francina soothed her husband like she usually did. What was unusual that night, was CJ’s response. He often complained that the dreams were frightfully terrible, making his feelings of guilt and incapacity even worse. A man should weather these storms, not so? A real man doesn’t sob himself awake in the middle of the night and then expect his wife to comfort him? A real hero has two legs and a string of medals.

‘Francina understood all these things. And then, on  that wonderfully fateful night, she proceeded to prove to her husband that he was still the same man that left for Egypt in uniform.’ Gertruida sighs dramatically. ‘You men are all the same. Primitive, simple-minded creatures. Once your ego get stroked, you plop over in a blissful slumber. And that, gentlemen, is exactly what happened that night. Little Susan Bothma was born in that same hut, nine months later.’

Servaas raised an eyebrow. So this is the Susan that would have a relationship with Herman Viljee…interesting!

The years that followed, were as peaceful as one could wish for. The Bothmas adapted to life in the Kalahari and the Riemvasmakers adapted to them. A house was built next to the huts – the first of many to follow. The natural remedy and CJ’s courier business continued to thrive under the care of Geel and Mister Gibson. A healthy trickle of cash flowed into the village’s coffers, where CJ saw to it that there was a fair distribution among the villagers. CJ Jnr grew into a strapping young man and little Susan was the darling of everybody.

While South Africa drifted sideways and backward on the tide of inappropriate legislation, Jan Smuts lost the 1948 election and the Nationalists eyed the prospect of a republic. Unfortunately, that is not all they did. History would judge the leaders of that time harshly, and rightly so. 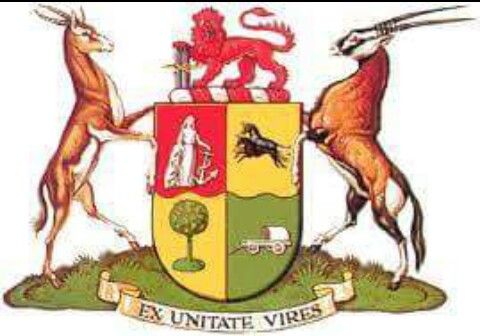 Malan and Strijdom used the churches, the newspapers and the radios to re-educate an entire nation. Blatant propaganda focused on the danger of communism and the deterioration of independent African states. The progressive destruction of the country’s motto – ‘Ex Unitate Vires’, In unity lies our Strength –  created an unbridgeable divide between the peoples who live in this beautiful country.

‘CJ Jnr wanted to see the world, but he had no formal education. Francina and Geel had taught him to read and write, and he had a natural aptitude for numbers. His father knew the boy could not spend his life in the village. Life in the city was not an option. In the end he wrote – without much hope – a letter to Ian Player, a war veteran like himself, who at that time worked in the Natal Parks Board, one of the early South African efforts to conserve game, nature and the environment.

‘Much to CJ’s surprise and Francina’s joy, Player not only answered the letter, but also invited CJ Jnr to come and see him. The rest, you guys know, is history. CJ Jnr was a fierce fighter for RR – the NPO he started. Rhino Rescue remains testimony to his singleminded goal in life to protect those huge pachyderms from extintion. He died in his eighties, peaceful and content with his contribution to Life on Earth.’

Gertruida wipes away a tear. ‘At least he had that, didn’t he? His father died in the sixties, a rather fortunate situation, for he was spared the hardship and anguish of the forced removal of the Riemvasmakers from their ancestral grounds. He did, however, witness the wonderful relationship between little Susan Bothma and Herman Viljee. I suppose one may think that he died in peace, despite the loss of Francina, the poor man.’

The group at the bar sits up. ‘Francina died? Why?’

Some of the words: