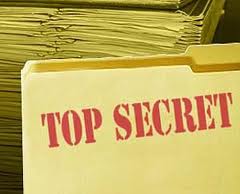 In the world of spies, information is the ultimate currency; with it you can buy anything from anybody – even your enemies. Taking that into consideration, The Boss must be one of the wealthiest men in South Africa. His files contain sensitive details of all past and most present prominent men and women in the country; the details of who is indebted to who – and why. Well-hidden sexual affairs, corrupt business deals, bribes paid to astute politicians and and officials – they are all there. He can tell you the details of the Helderberg disaster as easily as he can unravel the association of the Guptas with the President. He knows what happened to Winnie’s Soccer Club and what Stompie did wrong. The list is endless.

During the last two decades, he converted these documents and proof into electronic form. Many hours of scanning and copying and pasting resulted in the Endgame Chronicles – a large file in the laptop resting on the seat beside him. The information is there, at the touch of a button, at his disposal.

That’s what he’s just done. Touched a button, got the details on a shady character called Mister Taxi. National Intelligence has been looking for him for a long time, believing him to be the instigator of many of the strikes that has burdened the economy for so long. Mister Taxi, it seems, controls some of the Labour Union’s bosses by helping them to syphon off – and launder – sums of money the members pay to belong to the unions. This is the big fish he had to trade to get Gertruida’s address in the little town in the Northern Cape.

It had been a humiliating experience. The new generation of spies know that The Boss is almost a spent force. Yes he has information, and yes, that makes him untouchable. But a lot of his bargaining power has  drained away due to his age, coupled by the fact that more and more of the people he controlled over the years are either dead or slipping quietly into extremes of old age, The Boss is now tolerated rather than feared by the intelligence community of today. He just doesn’t have the influence he had thirty years ago.

And that’s why they laughed at him when he started looking for Gertruida. Sure, they know where the woman is – what can he offer in exchange? The horse-trading was one-sided and complicated. In the end he offered one of his best pieces of intelligence in exchange for the address of a woman.

The Boss fumes when he thinks of it. In the old days he would have sorted out the problem with a variety of underhand methods (mostly lethal) – but now he has to play the game with a new set of rules. Well, as soon as he’s sorted out Paul Harrison, he’ll just have to get back to tonight’s situation. These young whipper-snappers must be taught a lesson.

He’ll reach Rolbos tomorrow, assess the situation, and get his men to take care of Harrison. He takes another sip from the flask he clamps between his legs. It’s going to be a long night of hard driving…

Gertruida looks up as the tall man enters Boggel’s Place. She recognises him immediately.

The group in the bar turns as one to face the newcomer. Middle-aged and greying at the temples, there can be no doubt he’s the most handsome man in the room. His piercing blue eyes linger for a second on every face, taking in the details and storing it for future reference. His white teeth are visible between the slightly parted lips of his uncertain smile, contrasting sharply with the deep tan.

Gertruida introduces everybody, giving a snippet of information about each one. Paul’s handshake is firm and his response to each individual is the same: pleased to meet you… Later they’ll all agree that they felt uncomfortable – his penetrating gaze seemed to penetrate their minds, fathoming the inner being of each of them (as Oudoom managed to put their feeling into words).

Introductions over, Paul accepts the beer Boggel pushes over the counter.

“You’ve been telling them about me,” Paul says as he turns his attention to Gertruida. “And us. That might have been a mistake.”

“No, Paul. This town is different. Your coming here poses a danger to all of us and I thought it only fair they should know what is going on. From what you said, I gathered it was necessary. The need-to-know situation here is not something you’d be accustomed to – or even understand. But maybe…maybe you should tell them what you told me on the telephone. Then you can decide for yourself.”

Paul lets his head sink into his cupped hands.  “Gerty, are you sure?”

Vetfaan is the one to speak for all of them when he says: “Listen Paul, Rolbos is a small town. That doesn’t make us insignificant or stupid. Gertruida has told us about your past. We accept that. But if your coming here is somehow a danger to her, it’s a danger to all of us. And don’t you for one moment think we’d turn our backs on her. Never! So relax, have another beer, and tell us what this is all about.”

For a brief second, Pauls uncertain smile is replaced with a look of relief. This is unusual…but then again, he has always trusted Gertruida.

“Okay. I’ll give you an outline. No details, just a sketch.” He draws a deep breath before continuing. “Gertruida and I parted ways soon after the final negotiations to hand over power to the ANC succeeded. She had to leave Pretoria in a hurry. Her role as a double agent had become known and both the ANC and the Right Wing would have loved to talk to her. Both sides felt cheated and wanted her to appear on the Truth and Reconciliation  Commission. But over and above the lies we sold to both sides, we also had damning evidence about atrocities on both side – even implicating the people who were intimately involved in the Commission.

“So we talked about it. She came here. I went overseas – because I had many contacts there.”

Paul takes a long sip from his glass, his eyes once again scanning his audience before coming to a conclusion.

“I’ll trust you, but you must trust me. I worked for Oxfam. That was my cover. I supplied information to the CIA in America, to the French and to Britain. I worked in Afghanistan, Iran, Egypt, Syria. Name a war zone, and I was there.

“But then the request came to find out more about somebody known as The Boss. Of course I know the man – he was our greatest problem in the 80’s. What I didn’t know was that he had held on to sensitive information about people who, over the years, climbed their own ambitious little ladders. He has information that’ll topple the government of South Africa, Over the past few years, the ANC  has been working on a law to suppress sensitive information; a law that’ll make it a crime to publish information that might harm the government, specifically. The reason: The Boss. He knows too much, and they don’t know what he plans to do with his knowledge.  How many copies of his data exist? Where? Will it be released in the event of an untimely death? In New York? Beijing? Moscow? So they let him live but wanted to kill his information.”

“But there are some people in Washington that are worried. They’ve got the knack to get international affairs botched up. Think of Korea, Vietnam, Operation Desert Storm, Saddam Hussien’s weapons of mass destruction, Egypt…and now Syria. So they started looking at the strategic value of South Africa – and the alarm bells went off. The labour unrests, strikes, Marikana, Fochville, farm murders…they see the Mandela dream slowly but surely disappearing into the murky mists of bad governance. They needed The Boss’ files, and they needed it urgently.

“That was my job.

“And when I got my hands on it, I realised I had to hide. Your government is as keen to erase those files as the international players are to get them. And because I hacked into his computer, I became the hunted one…and somebody with an extremely uncertain future.

“There was only one person I could think of to help me. That’s why I came here…”

By now, Boggel has several bottles of Cactus Jack open. They’re in for a long night…