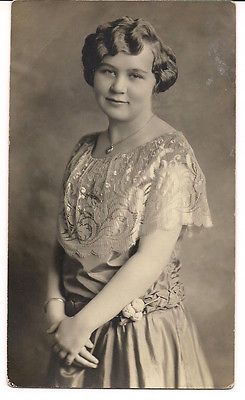 ‘When Susan was twenty-one, she and Francina were sitting on their porch one sunny spring morning. Life was sweet. CJ Jnr wrote home every week, telling them about his happy life as game ranger. Because he had grown up among the mix of cultures in the Kalahari, he found working with Zulus quite easy. The two women were talking about his latest letter when Francina felt a twitch of pain on the left side of her neck. Her hand went up to examine the area. And then she felt the lump.’

Gertruida says – because she knows – that Life is never a straight line. Just when you think you’re winning the game, the winger drops the ball five yards short of the tryline. Or the guy at silly point drops a sitter. Or somebody says something about expropriation of land without compensation. She says these mishaps are important, otherwise we’d never know when to be happy.

‘The nearest doctor was in Upington, a certain young man who’d just started practicing there. Geel used the pickup they normally utilised for the natural remedy herbs, to transport the two women to see the man. What they imagined would be a short consultation, turned into a week-long’s worth of agony.’

Francina had an extremely malignant form of breast cancer. Because it had spread, there was no sense in trying to operate on the tumour. Some journals contained articles on a new field of medicine, but chemotherapy was not widely available – maybe at teaching hospitals for selected cases, but definitely not for a terminal patient in the faraway Kalahari. The young doctor, Herman Viljee, sympathised – but he was also honest in the most kindly manner.

‘It is a matter of time, Mrs Bothma, I’m sorry. I can help you with pain and support you and the family in any way I can, but the outcome of this is predictable.’ And then he spent two precious hours, explaining again and again the results of the biopsy he had done, the pathologists report, and the prognosis.

‘Men are such predictable animals,’ Gertruida says in her knowing way. ‘No matter what the circumstances are, they are always aware of gender. These days the world is trying to rid itself from sexism, but that is a lost cause. The day a man does not respect the beauty of a woman; or doesn’t step back at a door, or doesn’t compliment elegance – why, that’s the day we all deny who and what we are. The key, of course, is the word ‘respect’.

‘Be that as it may, Doctor Viljee could not but help noticing the innocent beauty of Susan Bothma at his patient’s side. In those days doctors were very much aware of ethics and what was considered to be proper. Viljee took note, that’s all. But deep inside (if he were completely honest with himself) he promised himself that he’d like to see her again in the future, when the time for such advances was appropriate.’

Geel took the women back to the village. A paper bag full of morphine drops and aspirin tablets sat on the seat between Francina and Susan. There wasn’t much to say. To discuss such matters was to try to avoid the ultimate outcome. It was time to absorb, reflect, rebel and accept – and that is exactly what the corrugated road to the village afforded them.

However, when they arrived back home, the aged old Andries was waiting on the steps of the stoep of their house.

‘I know, Miss Fransie. I had a dream. And I’m sorry.’ He held both Francina’s hands in his as the tears streaked down his dust-coloured cheeks. ‘But life comes and life goes. Seasons. Once we are young and once we are old – if we are lucky to live through the years. We should never be afraid of the journey, Miss Fransie. Every step is a blessing, even the hard ones.’

And, oh! He said, he’d already spoken to Mister CJ. There was no need to hide anything – they were in this together. The journey wasn’t for just one person. They’d see: the journey would bless them all.

‘And so it was,’ Gertruida says. ‘Viljee’s medication helped, but it was Andries’s remedies – especially his root-cure – which relieved the pain and anxiety Francina lived through in the next three months or so. She took solace in what she saw: how everybody took care of CJ and how the villagers showered them with love and affection. The morning before she died, she called everybody together, blessed them and bid them goodbye. Then she called Andries and told him it was time. The old medicine man simply nodded. He knew what to do.

‘It was during a prayer at the funeral service, led by Oudoom in Upington, that Susan felt her hand being taken by somebody sitting down next to her. She peeked. And that’s when she knew: it was going to be alright.’